Oval Glass Eyes any ony use these flat backs?

Several of the Tamie Yarie kits do better with flat back oval eyes. You put them in just like the round flat backs.

I had ordered some off Ebay that looked a lot like Real eyes. I used them in my Maggie. 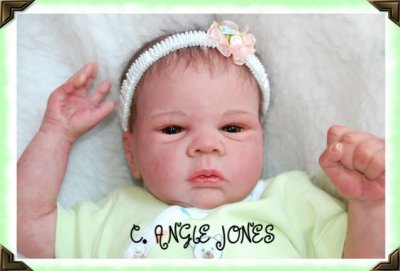 They fit MUCH better than the rounds ones did. Kemperdolls.com also sells the glass ones. I used those in the past on some of the Berenguer SE dolls.
http://www.pbase.com/mox/image/71550832
(this is from several years ago before my skills improved)

We have companies that buy them from us for resale-- that’s why you often see these same eyes at $15 to $20 elsewhere.

But by far the most popular eyes we have are the Bountiful Baby half-round polymer eyes. That’s why we have such a hard time keeping them in stock. Here is a link:

Ok, Thanks everyone I like the Bountiful Baby half-round polymer eyes the best but you are always out of the size and color I need??

We are expecting another shipment either today or tomorrow. The shipment should have all of the following: